We hear a lot of stories about bullies... Those "tough" ruffians who use force and might to subdue somebody else weaker than they are. There's bullies in schools, bullies at work and bullies involved in domestic violence... But here's a story that you may not have heard: 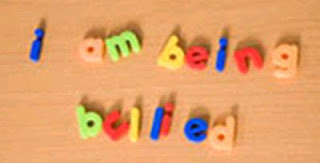 Once when I was walking down a country road... I heard some loud yelling coming from the house just within my sight. I hurried closer to see what the ruckus was - and there was this guy pushing and pulling at a kid a fraction of his size! As I looked closer I could see that there was a rope tied around the little fellow's neck --- I suppose he was 4 or 5 years old... And just a little thing too, because the guy outweighed him by at least a hundred pounds! Well, the kid tried desperately to dig his feet into the ground to avoid getting any closer to the guy. But the guy just kept tugging, and was cussing and screaming at the kid too... Telling the youngster he was stubborn and stupid; He finally dragged the kid to a tree. The kid cried and cried to please stop!... "You're hurting me!"... But the guy paid no mind and tied him tightly to that tree.
Oh what a site it was to see that poor little body shaking in terror! He kept crying out... Maybe he thought his mother or brother could help him break free from this mad man? But no such luck. The man walked a few steps away and as he turned around I saw a knife in his hands! He made no haste as he put the blade on the kid's neck and made a deep gash which spurted blood all over the place... I could see the kid's body collapse as the last of his life drained away. Then the man stepped back, wiping his brow like it was really hard work killing that kid. Now all he had left to do was butcher and eat him...
My point of this story is that there really is no difference in overpowering someone smaller, weaker or "less" than you, whether it's a child or a "kid"... That violence is violence. Whether the victim has two legs or four, it's all the same. And we bully, especially when we take someone's life.

Happily we don't need to harm anybody! We can thrive on a plant based diet and eliminate causing these terrible acts. We don't have to be bullies! And we don't have to pay other people to do our bullying for us! 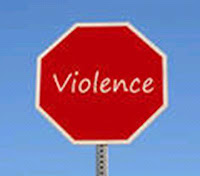 If you are reading this,the odds are you are within a few miles from any superstore that carries an abundant array of better choices than those that require the bullying of cows, pigs, chickens or kids. No one likes a bully. Please, Go Vegan

Oh... and by the way - In the time it took you to read this, 1600 goats were bullied and slaughtered without reason...

Hello I've viewed your site and have watched your very informative videos. I understand the essence of your message: that you seek preventative measures to cease violence.

On the "Continuum of Aggression" my belief is that it stems from a culture which at it's root encourages harm to those who are weak and defenseless. This is what bullies prey on... And who can possibly be more at risk to bullys than animals? Especially the ones we eat?

Dr. Will Tuttle wrote a wonderful book describing how our culture "swallows" this socially accepted violence 3 times a day in our meal choices. We are indoctrinated at a very young age to assume we have the "right" to use others for our (unnecessary) ends - For our frivolous pleasure.

After all, we don't "need" to kill and eat animals - But we do so because we are taught that they (the animals) don't really matter. That their interests are not worthy of our concern. This sets up a child, and a culture, to a "bully" - "user" mindset.

I think once we tackle this age old conflict of viewing animals as "things" we will easily conquer attitudes which foster desensitivity and "aggression".

I'd highly recommend listening to Tuttle's summation of the theory behind his book "The World Peace Diet":
http://h2opodcast.com/vsse.html#wpd
And
http://tinyurl.com/y2b6ek9

Thanks for your efforts to create a more peaceful and sustainable world. :)

I love your outspokenness - Would you allow me to interview you for my animal rights show WILD TIME?

That would be great.

"I found one day in school a boy of medium size ill-treating a smaller boy. I expostulated, but he replied: 'The bigs hit me, so I hit the babies; that's fair.' In these words he epitomized the history of the human race" Bertrand Russell "Education and the Social Order" (1932)

Hello TJ - Yes, I'm familiar with your show and have listened many times. Good stuff! Sure, I'd be happy to share my "outspokenness". You can reach me through my contact profile to make arrangements. Looking forward to it - Sounds great! ;)

Hi Dave! I absolutely love that quote! So sad we have a system that (literally) feeds on the vulnerable. Thanks for sharing this - I'll pass it along too!