On Reindeer And Rabbits And Vegan Kindness

Since I've become informed of animal issues I've had numerous shocking and disappointing realities.  One of the worst for me was the knowledge of what is done to reindeer in the name of the holiday spirit. 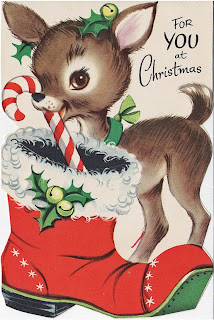 I hope you keep the horrible video above in mind as you read about this reindeer "farmer".  First there are the countless creatures who lost their home as he cleared 319 acres of virgin forest to build his enterprise... And it wasn't like he was born in Alaska and had to make his way by the necessary destruction of land... No, he was originally from Ohio and chose to place himself in an area that required his very large footprint.


And he really likes what he does! So much so that he had "stock" reindeer shipped from Canada... From here on all he needs to do is breed and kill them in order to have a "winning ticket".


The article says that he recognizes all the deer have personalities... And that he "accepts" them.  He also wants to train them to pull a sled "just like a dog team does."  Now, gee - Isn't this exactly what every reindeer wants as a life before their bodies are eventually dismembered?


This man who gladly enslaves others for profit hopes to grow the herd to 100 or more captives... Meanwhile - What does he and his eat?  Why the rabbits he also exploits of course! 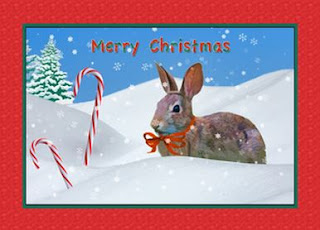 Now I realize that there are people who were born in climates that allows few options other than the use and killing of others in order to survive.  But folks that choose to grow their "herd"... Human and nonhuman in an area that almost demands animal sacrifice is beyond me! Obviously some are drawn to the snow and the money... And think the blood upon it is what a good life is all about. :(

During this "most wonderful" time of the year - It's a pity that everything delightful has been soiled and spoiled by man's "gift" of dominance over innocent others.
Then there are those --- Who go out of their way to cause as little harm as possible. They don't deliberately move somewhere to kill reindeer or rabbits... Or any One else!  They opt for compassionate and rational lives They are the ones who truly deserve the abundance this season brings. 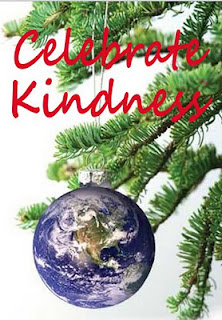 Everything else is just for show...

Email ThisBlogThis!Share to TwitterShare to FacebookShare to Pinterest
Labels: holidays

It seems no creatures are exempt from our cruelty. Thanks for opening my eyes a little wider.

Would it were that this holiday season resulted in the disappearance of all the humans who are a**holes...like this twerp you wrote about...I wonder how many folks would be left? In any event it would be a terrific holiday gift. :-)

I realize this farmer loves what he does and doesn't see anything untoward in raising wild animals for sport and food. If he knew different, he'd do different.

That said, it makes me cringe to hear someone proclaiming that our loving Creator "blesses" a craven desire to kill creatures. How one reconciles exploitation of and violence toward the kin we're made to protect is ... well, beyond my ken.

Hi to all! So sorry for the tardiness in my reply - The holidays can sweep you away... I should have resisted more. :/

Hope you all had some peaceful moments to celebrate life beyond the blog-o-sphere and escape some of it's terrible tales we live with year round.

Thank you for the mutual understanding that the reindeer, and rabbits and all precious creatures deserve their happiness too.
You are all my special family that I wish only the best for. xox