Homeland Security Wants to Build Bio-Defense Lab in Kansas. This facility, once built, will continue to experiment, drug, examine, breed and kill thousands of animals to find ways to keep them healthy so that we can slaughter them for "food". 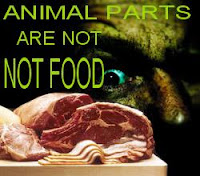 This proposed new defense lab will protect the livestock industry against the introduction of foreign animal and zoonotic diseases. Testing on animals for Foot and Mouth Disease, hog cholera, African Swine Fever, Rift Valley Fever, Contagious Bovine Pleuropneumonia, and other assorted viruses that effect livestock.
Ouch! from what I read those diseases really cause immense pain and suffering... And sadly, the animals are killed in the end - anyway. 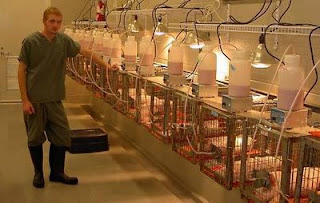 30,000 different tests on "livestock" animals have been taking place at the current animal disease center off the coast of Long Island - a facility in operation since the 50's. The 840 acre Plum Island experimental lab's official statement is: "We work to protect farm animals, farmers and ranchers, the nation's farm economy and export markets... and your food supply."
Not hardly, I don't consider animals "food"....

In 1991, Plum Island's freezers (which contained polio samples), were threatened following a power outage. It's only been open to news media since 1992. And in 1995, the Department of Agriculture was issued a $111,000 fine for improperly storing hazardous chemicals on the island.
And the Department of Agriculture is responsible to pay whom for this violation?
In 2002 many scientists and government officials wanted the lab to close because the center did not merit its $16.5 million annual budget. Later that year the Disease Center was transferred from the United States Department of Agriculture to the United States Department of Homeland Security.
Of course there will be tests on anthrax as livestock are exposed to this threat daily from the spores on the vegetation they ingest.
Congressional law stipulates that live foot-and-mouth disease cannot be studied on the mainland as it is extremely contagious among cloven-hoofed animals, and people who have come in contact with it can carry it to other animals. Accidental outbreaks of the virus have occurred in 1978 in which the disease was released to animals outside the center, and two incidents in 2004 in which foot and mouth disease was released within the center.
Human animals can be infected with a strain of this disease - causing illness with headache, fever and possibly blisters appearing on the hands or feet, or in the mouth.
Aptly named: Hand Foot Mouth Disease...
Dr. Michael Carroll in his book Lab 257, alleges a connection between Plum Island Animal Disease Center the outbreaks of three infectious diseases: West Nile Virus, Lyme Disease, and Dutch duck plague. Two years ago, Plum Island scientists analyzed horses that were dying on Long Island and found the West Nile virus that mysteriously turned up in mosquitoes in the New York area.
Hummm... Unfortunately, Plumb Island operates at only Biosafety Level 3 and Homeland Security Presidential Directive/HSPD-9 mandates a facility capable of level 4 biosafety capabilities. The proposed National Bio and Agro-Defense Facility (NBAF) would research biological threats involving zoonotic, "high-consequence" livestock diseases. There will also be a National Veterinary Stockpile containing sufficient amounts of animal vaccine, antiviral, and therapeutic products to appropriately respond to the most damaging animal diseases affecting human health and the economy. This new disease center will protect the nation's food supply, insuring that livestock owners investments are protected.
With a $650 million price tag to American tax payers I have to ask why are we footing the bill to protect the interests of cow ranchers and pig farmers? I run a business too, no one "secures" my interests with tax dollars. And my business doesn't even risk exposing anyone to deadly zootonic disease. Nor does it perform painful needless tests and cause injury to innocent animals...

What about the taxpayers, who don't consider "animals food" - And who thrive on a plant based Vegan diet? 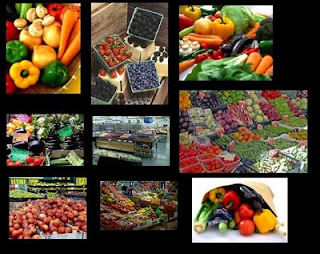 "Government based science"... there's an oxymoron if I've ever heard one! I don't doubt that many illnesses are related to "experimentation" rather than "cures"...