My Vegan Vote: I Want To Elect A Different Government

I don't want to just cast a vote for who's to be the next prez... I want to elect a different government too. Let's face it - Vegan or not... Republican, Democrat, Independent, Libertarian or Green Party - Your tax dollars go to fund some things that just don't seem like they should.

As for me, I'm not at all happy about the USDA Market Access Program (MAP) that just recently helped establish a market for cow carcasses to Sri Lanka... Yeah, the country that's mainly Hindu and Buddhist, whose diet is primarily plant based. Nothing like tax dollars going to increase the "demand" for beef. 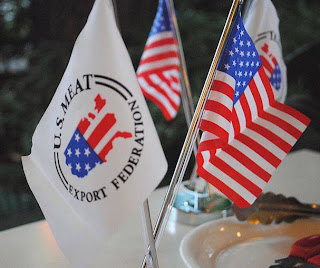 I'd cast a vote for a country that didn't hide information about antibiotic resistance as a result of growing "food" animals. 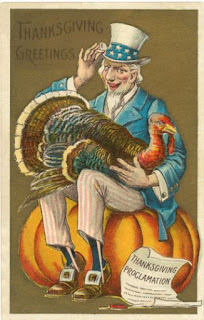 I could go on much longer regarding the country I'd vote for... And certainly no one person will be the one to make much positive change for our animal friends.  So... this sort of sums up what I'm thinking about as I cast my vote tomorrow:

I'm packing up now in order to be ready to move to the place with that kind of government (as soon as it shows up). I'll go vote today...but I won't be voting for many things that compassion and common sense demand...because they won't be on the ballot. Right on Bea!

I cracked up at the last image...I've never seen that one before although I've had it said to me a number of times..."Can't you just pick...". That one's a hoot (a sad hoot...but still a hoot). Thanks.

On the local front, Tax Breaks for Slaughterhouses in Florida

I'm looking at the animal-based political party badges on the right-hand side of your page and it's making me want to move back to Holland so I can vote for the Party For The Animals!

And I was just complaining in response to a comment on my last blog post that I wish Canada and the US had proportional representation. For the life of me I don't understand why we don't. Other much smaller and supposedly less advanced nations do, so why can't we? I'm not saying it would solve everything (or even anything for that matter), but at least it would be more fair and perhaps prevent one person or party from having too much power.

Please invite your readers to consider signing the following petition in support of Bill and Lou, the beloved oxen of Green Mountain College, whose lives are in immediate peril:

Hi proud woman! I forget which Australian representative I saw in a video recently... She's female and gay. And presented such a moving speech to reason regarding gay rights. For the sake of your country (the world too) I hope she's re-elected!

I feel a tide of political change is coming --- And it sure does feel good!
Heaps of compassion back at ya! ;)

Thanks Veganelder... I hope you're not too disappointed in the results. It could have been a LOT worse. :/

Yeah... That last thought of picking the meat off sort of represents the entirety of most of life's choices. One compromise after another - Then you die. Hopefully not without making some noise about it first -leaving it easier for the next crew to make a better way... Hopefully.

Hi KO - Yes... I know. I saw that article about central florida's new cattle marketing initiatives. I can't put my finger on the article but even the land for growing the cows was given a huge tax break. Sucks.

Rick Scott is THE WORST gov we've ever had! Look at what he and his cronies did to foil the speed rail - A clean industry that would have provided tons of jobs and launched the state into some kind of fiscal recovery. Grrrr!

One of the best parts about this election though is that florida was finally counted (a week later) as having more a responsible and just voting populace. Eat that Scott! We're counting the days till you're booted out of office!

Sorry for the tangent - I deplore the way this state is going... Especially in the animal ag sector. With all the droughts in the west it appears that that evil livestock enterprise will attempt to take hold here. Humm... Hurricane's might make that possibility unfavorable too. We can only hope.
Thanks for dropping by.

Hi HGV - Back to Holland --- Yeah, that would be my wish too. I casually follow what's going on there and am greatly impressed.

I think because it's so big and so fracked up - it's going to have to get that much worse to get to the point of fixing it. If ever.

Most of the time I'm pessimistic (objective) enough to see that any slight shifts towards something "less bad" is only a momentary delay of the inevitable future. It's going to take a lot of thoughtful advocates to steer us away from the direction we're going - And here's that darn word again... Hope.

Thanks for your comment and your work in providing that hope. ;)

Thank you Debra! I love the last few posts at These Glass Walls - They speak right to the heart of the matter. The victims and the ones who were saved. Love Jo-Anne McArthur’s work!

Thanks for those great opines and the links back here. <3

Thanks gingercarter - I've signed every single petition for Lou and Bill ... And made my repeated calls and emails to those who make those sort of life and killing decisions.

I saw one petition was close to it's 50,000 signatures. And an article stated that there were well over 300,000 email pleas regarding these two precious lives. You'd think sheer volume would sway the would-be-executioners. Seems they're dug into stubborn and irrational heartlessness.

But I want to be wrong. I want something to tip the balance for thse two oxen lives. James McWilliams will be writing about their story: http://james-mcwilliams.com/?p=2650
I want a happy and just end... I know you do too. Thank you for the effort and the visit to make it so.

I am very sad to tell you that Lou, the injured ox at Green Mountain College, is reported to have been euthanized today:

This is just unbelievable.

Thank you Sacrifice and Patriarchy - I agree that this is terrible news. But hardly unbelievable... The way the college viewed "sustainability" and the life of nonhumans - It would have been more incredible had they allowed Lou to continue. Folks who operate on standards guided by utility are quite predictable.