In January 09 I wrote about about states appealing for government aid to encourage more students in the "food animal" veterinarian studies.  The grants eventually paid $25,000 tuition per student who entered the field which would accommodate the livestock industries. 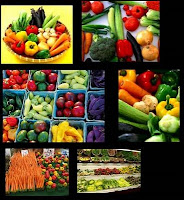 And now there's H.R. 3519, the Veterinary Services Investment Act  that is said to be "vital to growing rural communities" and "securing our nation's food supply".   Well... Not everybody's "food supply"... Certainly not mine.

"Food animal veterinarians not only identify, treat, and prevent naturally occurring diseases, but are also on the front lines of agro-terrorism."
Well gosh, speaking of agro-terrorism where does this story fit regarding the link between antibiotic resistance and the raising/eating of cows, pigs and chickens?

James Johnson, an infectious-disease physician says biologists and infectious disease doctors generally agree that antibiotic resistant bacteria in food are contributing to resistance problems in humans. The scientific evidence has so far failed to convinced livestock producers that it's time to cut back on antibiotics, he said.
Proposed guidelines from the Food and Drug Administration will call for more restraint in using antibiotics in animal agriculture. Johnson said that's great, but he's disappointed that the guidelines will be voluntary. 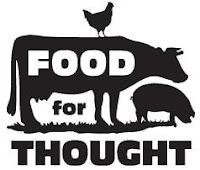 I've come to the conclusion that: many animal "doctors" aren't really friends to their patients.  And that "food animals" get better health care than most U.S. citizens.  Meanwhile:

Genetically Engineered Animals are Set for Approval - Yet, more than 60 percent of the 1,400 pathogens that affect people originate, or are amplified in other animals.  So, it looks like the "solution" is to use taxes from the ones without healthcare... To treat the animals that are making them sick...

I don't know, is it just me - Or does anyone else see the total asininity of this scenario too?  Somehow my food seems much less complicated and is really relatively "harmless".

Well, I am going back to school to be a vet tech. Maybe I can utilize this scholarship so I don't go broke with student loans! I'll become a "food" animal vet tech... with a camera :-)

Corvus I like your style! :)))
Thanks for the support So I'm Thinking of Going Vegan... Great to know I'm not the only one who sees things the way they are!