I won't post these Youtube videos... but I will tell you what they are about... A young Dutch woman killed a her cat (because the cat was depressed). After she broke his neck... she skinned him and made a handbag from his fur. Shortly after this she was on television, and in the interview she demonstrated how she killed her cat, and showed off the purse she had made. The audience seemed to find her very clever, as they chuckled at each of her jokes. Eventually Tinkerbell had an exhibition at a gallery which included her latest works of "art" - a small dog and small cat carcass which could be folded into each other... If you are curious it is here. And a year ago there was the story about an "artist" who tied up and starved a dog to death... Patrons who visited his gallery... appeared to enjoy the show.... And this week, an Oklahoma couple killed and skinned a puppy to make a belt...I suppose it was their expression of "art" as well. It is only reasonable now... to wonder - 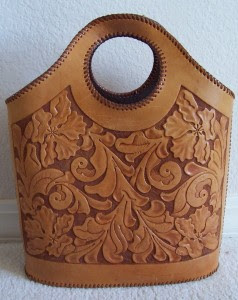 I don't have all the answers... But additional information makes me believe that the case of a person killing a *pet* animal is more damaging to Animal Rights because the "disconnect" from animals even includes those we "should" traditionally value: our companion family members. From Animal Right and Animal Liberation:

"1. The connection between pet and the rest of the family is normally very important. If this connection is lost in society, then we can kiss animal rights goodbye. If people don't have pity or empathy with the animals we share our lives with, then all hope is lost for chickens or pigs. This is quite evident in countries such as South Korea or China, where basically anything goes in regard to animals (including the skinning alive of cats and dogs).So a fur bag made out of strangled cats is an even worse thing then a leather purse made from a cow. This doesn't mean it is ok that cows are killed. But the catbag is even more 'evil' and will cause even more animal suffering, misery and death in this society if this becomes accepted."

And this is an excellent point - But then there's this from the Abolitionist Approach about the couple who killed the puppy...

However, I'm stuck... because both opinions seem to make sense... So I'm still "stuck".

Of course I'll continue to think about reasons why we should (or shouldn't) be more concerned about the cat or dog being killed than the cow or pig. What gets in the way for me is that I abhor all killing - and I just can't reach solid footing on this issue.

I welcome any more thoughts that could help me along the way to reach a reasonable understanding of why one is or isn't "more wrong" than the other... thanks - Bea

Email ThisBlogThis!Share to TwitterShare to FacebookShare to Pinterest
Labels: leather

OMGosh Bea this is sick, sick, sick! I can not imagine killing my sweet little doggy and skinning her! That just makes me so sick to even allow such thoughts, and to think people are getting away with doing it! Animals have feelings, ALL animals! I bet they wish they could skin some of us a time or two and teach these stupid humans a lesson!

1. Katinka Simonse isn't danish, she is dutch.
2. thanks for linking to my youtube videos.
3. As I also mentioned in my videos and my blogposts, there is still a big difference. we are not evolving, but the opposite is happening. If people have no empathy for their own pets they live with, they will surely have no empathy for cows or pigs (china). The difference lies in the degree of cruelty and evilness for lack of a better word. And the fact that what they did goes in against classical animal welfare and animal protection can't be forgotten. so a serious step back, especially when people think it is funny. More info on my blog, with translations and everything...including interviews where she attacks animal right activists.she even called us all a bunch of hippies several times, only to claim in other interviews that she is an animal activist. imagine the damage to our movement by people like her. this is also why I am so surprised that many vegans would insinuate this is the same as leather. this is playing into her cards, since she even said once that it would be a good thing to import cat and dog fur from china.
http://empathyforanimals.blogspot.com/2009/06/katinka-simonse-and-my-dearest-cat.html

Serenity... I agree, these are awful stories. But rather than animals turning on man - wouldn't it be great if we could just stop the whole "war" between us and them? What a dream - to stop the killing in it's entirety.

I do recognize that the most disturbing part of her story and the starving dog is man's totally apathy... or rather worse - his entertainment by it all. Voyeurs of violence I get that.

But I don't understand why the connection to leather should totally be withdrawn? She, like the couple and the puppy - killed an animal and used the dead being's skin... This is leather all day long to me -

If I'm missing something... I'm glad once they get on your site, you will point out the other aspects as well...

Oh - and that she called herself an ARA - but of course... if the concept of "humane slaughter" can exist - anything goes...

I didn't say you had to withdraw something...I said there are degrees of evilness...they didn't kill because of food and/or clothing. But for other reasons: attention, revenge,... They just try to defend it themselves by pointing to people wearing leather shoes as to become immune in the general public of critizism. So by saying the same as they are, we are helping them defend themselves. Nothing will change, except then for the fact that cats and dogs are in danger of coming on the list of 'to kill' animals. Which makes the world even more horrendous then it already is.
I already gave some points why it is worse: including the breaking of the connection between pet (as part of the family) and the other 'familymembers' and how everything suddenly becomes funny as evident in the video. If people have no empathy for there own pets, don't even bother with empathy for pigs.This is taking a step backwards (one of the reasons why I think this is worse then a leather purse)

But I am willing to make a blogpost about it where I collect my thoughts and explain why this is ten times worse then your average leather purse and very bad news... Will get to it soon.

She isn't an ARA. She just calls herself like that, and in other interviews she is ragging on animal activists. Tinkebell is contradicting herself and is void of any form of constraint or humanist values. And morality is just thrown out of the window.

PS: thanks for adding me to your blogroll. I will do the same for you

Hi... I do see your point - and I'm concerned too that this is a step back in our connection to animals (especially animals that are traditionally "good animals" in society's eyes). I totally get this distinction - But... on a very basic level, if you respect (and love) all animals - the leather shoes, and purses are all just as hideous... (this is for me).

And I think the main point is mostly about the killing. Had Tinkerbell's cat just died naturally, and if she had used the fur for her ridiculous bag... most people would hardly give it a thought. For me, it's about the killing of (any) animal.

But as a rule... we can see now, that there is no outrage from people about the millions of dogs and cats being skinned and eaten in Asia -- Perhaps you are right that this trend of apathy to pet animals is ominous. I've even heard talk about certain groups in the US changing all dogs to the status of "livestock" - just like the greyhounds are. That's a frightening possibility.

I'm looking forward to what you have to further say on this topic.
take care - Bea

As promised I made a post about it...I wrote it quickly though. I hope you find it interesting:

I've done some back peddling - This is not turning out to be the clear cut & dry opinion as I thought it should be. There is also new opinion from Gary Francione regarding the puppy who was killed...

So... I think I'm still processing all the information -
thanks for your input.

I think all unnecessary, intentional killing of animals is wrong, regardless of whether it's killing a companion animal (cat or dog) or killing a cow or pig. It's all wrong.

However, they are not the same. I won't say that one is worse than another, but I will say that there are degrees of harm.

And when looking at people like Vargas, it's important to remember that they were cruel to BOTH companion animals and "farm" animals. So... yes, a meat-eating, leather-wearing "artist" who ALSO abuses dogs is worse than the average meat-eating, leather wearing person who is kind to dogs.

What is most upsetting to me is the betrayal. That part is exceptionally horrifying to me. Tinkerbell, the JRT puppy, the Vargas dog... they were all loyal and loving to their people... and then they were betrayed in some of the most unimaginably cruel ways.

The betrayal... yes, I hadn't thought about that...

So... (aside from the betrayal) are you saying "yes" ARA should be more enraged (worried) when society condones pet killing -even though they are blind to "food animal" killing?

And that there is, (and should be) a differnce (for now)? between what we are willing to tolerate in our level of "cruelty" to "some" animals as opposed to others? Lest we start lumping all animals into one big pile that says: None of them have rights (value)?

But thanks so much for reminding me of the betrayal... Excellent point that I missed! :)