Finally! No, not "finally" that I've gotten back to writing a blog post... But "finally" about what I'm writing about!  Meat eating has met it's match!


And it wasn't any recent study about it being bad for health... Or the icky stories about pink slime that every one's heard of by now.  No.  It's about the challenge that the New York Times is proposing as a contest: Tell us why it's ethical to eat meat.


In a 600 word essay, the rules are simple: "This is a very specific contest. Don’t tell us why you like meat, why organic trumps local or why your food is yours to choose. Just tell us why it’s ethical to eat meat."


The deadline is April 8th. 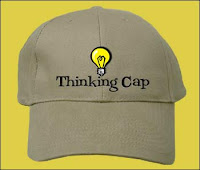 
Carol Adams makes a good point that the panel is made up of all white men and offers suggestions of dozens of alternative judges.


But I'm thinking there won't be any "winners" to judge at all!  The most feasible outcome is to award a prize to who lost best as there is NO ethical argument, and emotional pleas will be disqualified - If the rules hold true.


Still there are those that can only reduce the debate down to that... Because that's all they have. The emotional attachment. The physical pleasure. The convenience of habit.  None of those "reasons" could ever be considered rational enough to a critical thinker.


Yes, there are those who also think the question shouldn't even be brought up - Because they're fully aware that they live a fluffy, fuzzy, murderous lie: "Meat eaters don’t owe anyone an explanation–particularly not this crowd."


But the long over-due question has been asked. Finally. And meat eaters (aka animal killers) do owe an explanation for such a violent act that causes so much destruction in it's wake. Taking innocent life is serious business. If the deed proves it's self as indefensible - which I know it is... It will then be time to dismantle everything that supports that fluffy lie - In ones personal ethics and in our cultural systems. 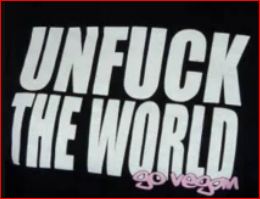 Yippee! What a great opportunity to make things right!

Most people who have engaged in these mindful queries have long forgotten any rationalizations spare the ones we hear repeatedly by those who's heads are still in the ruts of denial. Vegans have examined the ethical considerations inside out several thousand times over and over again... It's nice to know we all get a chance to participate in a 600 word essay that will cover it all yet once more. Maybe someday we'll get to give those irrefutable reasons Why It's Unethical to Eat Meat  for the last time. Finally! ;)

The playing out of this will be interesting to watch. I have a strong predilection, however, to believe Carol Adams made the most cogent and telling observation about the makeup of the panel.

Given that that so many ills of the planet and so many hierarchies of oppression and so many awful things in general were and are driven by groups of white men...I'm really not impressed at all with the group...

Hi veganelder - I already admit I'm probably a speciesist... I much prefer the company of other animals rather than my own. Didn't want to also risk being labeled a sexist too! But you're right - The male gender has made a miserable mess of things.

And Carol Adams did have some remarkable suggestions - but still left out a dozen more female perspectives I can think of! A bold plug for the most compassionate and rational person I'd choose would be Colleen Patrick Goudreau.

But I have to remind myself... I know of a lot of decent vegan guys. Really good men. And a lot of cruel, thoughtless women... And then there's just the pragmatically ignorant - Polly-face Pollan sure fits the "yuck" category.

In all it will be interesting. I'm glad the conversation is opening up on the defensive end. But unless there's something we better minds have drastically overlooked - It's no contest.

We'll stay tuned as it unfolds... Thanks for the visit! ;)

Posted this to my blog! Thanks.

Pollen has such a stupid take on veganism in the omnivore's dilemma.... He should be disqualified.

Thanks for steering us to all the links on this subject, Bea.

My "quibble" is that the word "meat" is used. As Colleen has pointed out, we need to take back the real meaning of that word: it describes the solid part of any food, as distinct from the liquid, or milk, part of the food.

So there is, for example, almond meat and almond milk, rice meat and rice milk, coconut meat and coconut milk, and so on.

A non-euphemistic, accurately worded title would read: "Tell us why it's ethical to eat animals."

I wonder which will come first: the public's use of the correct word or the public's forsaking of eating animals.

Or maybe they can only happen in concert. After all, it's so much easier to keep living the lie when the sterile "meat" word covers up the fact that a living being has been enslaved, exploited, murdered for your pleasure and/or profit.

One more thing I just noticed: The NYT headline reads: "Calling All Carnivores"

Why does the NYT not know that Melanie Joy coined a word that describes the ideology of a flesh-eater.

"Calling All Carnists" is the right way to say it, considering that lions and tigers and crocodiles aren't being asked for an essay.

I too am looking forward to the results of this winnerless contest. Let's see what they can come up with!

And I agree with CQ that the term "meat" is unfortunate -- I would rather that the title had been "Tell us why it's ethical to consume other animals."

Plus, I love that last image. Unfuck the world indeed, snort.

Thanks D.E.M. - Gives me a chance to catch up to some of your postings... The story about the 20,000 chickens who burned alive was horrible! Once again: so much for "humane" eggs. :(

Agree about Pollen - Disqualified to give any rational opinion as he's knee-deep in "rationalizations".

I'm guessing the NYT may have ignored the proper language in "Calling all Carnists" because it may have indicated an unintended (but genuine) bias... (?) It's true that Joy's parameters around the concept would have been much more accurate.

You're right about the use of the word meat... I suppose to an extent the use of it here was for alliteration only.

I love Colleen Patrick Goudreau's take on it too! No such thing as "fake meat" either as "meat" means food! More accurately - We should be calling it "animal meat" like we call dairy "cow's milk". I may give that term "animal meat" a spin when talking to omnivores... We'll see how it goes!

Thanks for comments and clarification! ;)

Hi HGV! How about an even better title "Tell us why it's ethical to murder innocent victims without necessity". I've used that word "necessity" a million, billion times as it is the hinge pin - Without it I don't think a single "rationalization" will stand up. But I bet dozens will try!

I love unfuck the world too - Now if only we could...

Thanks for the visit & all you do!